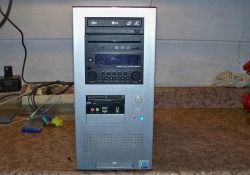 I did the custom case for my son as a Christmas present.  I salvaged the case from a discard at the store.  Some people just don't have a clue of what they are throwning away.  The case is an old Lian-li that looked like it was brand new and he traded it in for an Antec steel case. Their loss my gain.
I have about 2 hours tied up in the design and about 2 hours in the cut out.  The cut out changed just abit from the original layout because I perfered the lightning seperated from the clouds.  I feel it made the Lightning look more like L's then they did attached to the cloud.  After the cut out was done, I used double sided Duct tape and attached the plexi-glass to the inside.
So... what parts are in this system. 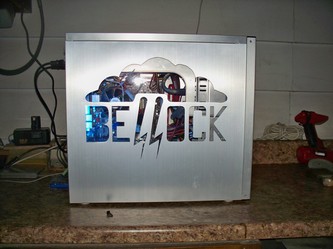 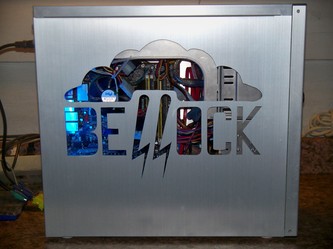 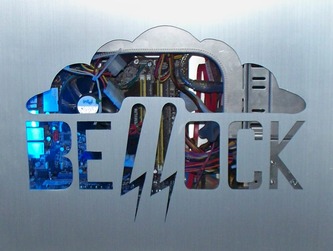 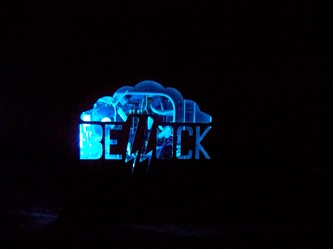 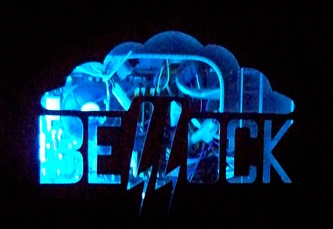 I put a ton of time into running the cables and it was one of the best jobs I've ever done.  I liked this system for the ability act like a media system and as a game rig.